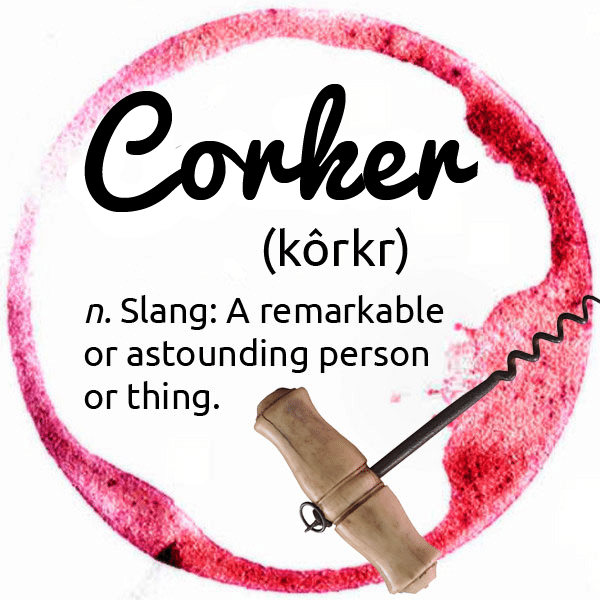 It’s a new take on the spotlight posts I did at TheWordChef.com (remember the Wordie Hall of Fame?). Those were some of my most treasured interviews — mostly because I got to know my readers (you!) on a whole different level.

This time around, we’ll focus on your astounding biz-related superpowers and origin stories. Bonus: you’ll get to learn more about your fellow readers, gain some insight into what makes someone successful, and hear how others got their start. (Wanna be one of our Uncorked stars? Start by raising your hand here.) 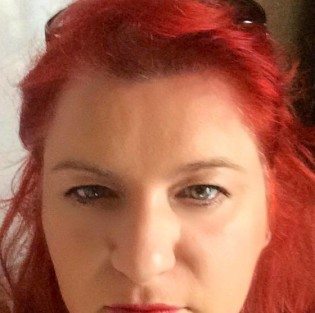 She’s a bit cheeky this one. (Always trying to avoid smiling for the camera.)

I stumbled across her Birds on the Blog site (named a top 100 website for women three times by Forbes) a few years ago and was immediately taken with her dry British wit, blogging acumen, and generous spirit.

She invited me to guest post on BotB, sharing the inside story of how we launched and managed Prosperity’s Kitchen, and we’ve been following each other’s antics across the virtual time-space continuum ever since.

What’s your super power, Sarah? What do you do really REALLY well? And what advice would you give others who want to shine in the same arena?

Show up. The reason certain people are favorite people in our lives is because we see them often. They show up. And when they do they get known. You want to be a superstar in something, show up, be there and be visible, and talk (consistently) about what you want to be known for. Sure you might like jellied eels but if you want to be known for business, at some point you have to talk business.

What inspired you to start your business? What’s the story behind your biz name?

It was back in 2007 and my husband told me (told! not asked) to “do something with the computer” or we would be out of business in six weeks.

I’d already set up the company website, in silver and orange with beautiful page transitions that made swooshing noises like the doors on Star Trek. I was quite reticent when designing the website, I wasn’t going to be a person who rammed my business down someone’s throat… oh no, my phone number would be at the bottom of the site and I’m not going to do any of that icky SEO stuff that I’d kept on seeing… oh no. This was a proper business with a proper website that treated people like human beings.

When things in the economy start to slow down, transport companies were hit first, and we survived because I got on that computer and discovered a site called BT Tradespace. There I was instructed to blog three times a week, minimum and each post should be at least 50 words. So that’s how I discovered blogging and how powerful it is. This led to me creating my own publishing company, Sark eMedia to manage all of my web properties.

Birds on the Blog came about after a discussion in late 2008/09. Everything marketed at women was to do with their looks, and if it was business related children were mentioned too. Surely there’s room for something less patronizing, something where women can share articles about what it’s like to be in business without assuming they have kids or a high flying career. A site where all kinds of women are celebrated, and then someone said “we can tackle all kinds of big issues like sexism in the workplace” and I said sure why not, even though I *knew* sexism in the workplace did not exist any more. It had been eradicated.

There’s a guy called Gene Hunt in a TV programme called Ashes to Ashes. I believe you guys in the US lost out big time as he was played by Harvey Keitel there instead of Robert Glenister. Anyway, Gene was big in the 1970s and every woman was a Bird to him. Yup, women had battled for decades to change the language surrounding them and in six short episodes Gene had revived it.

And then I decided we were taking that word back, we would totally own it and we would make Bird stand for a different kind of woman and Birds on the Blog was born.

Who inspires you? If you could have dinner with ANYone (living, dead or fictional), who would that be and why?

I think the conversation would be very vibrant to say the least, and we only see the public side of people, or what history has chosen to show us. I think Jack, Jesus and Gandi would have a fantastic conversation, with Caesar and Thatcher flirting and I’d be holding my hubby’s hand under the table not quite sure whether to join in the conversation or just listen.

Dinner would be a hearty skate* and jacket potato (aka “baked potato”) with salad meal and even the vegetarians would enjoy the food ;). I’d liked to have had Lobster but I’m not sure Gandhi, Einstein, Pressfield or Jesus would eat it, but the little voice at the back of my head says “more for you.” So maybe lobster for starters.

I’m sure I’m meant to be talking about all the great conversations we’d be having, but I guess these guys get invited to these types of dinner parties all the time and it gets a little tiresome for them. So we’d just talk about the one thing we all have in common:  food.

[I had to clarify what Sarah meant here. Thought maybe it was typo — Steak and jacket potato? — but no, she assures me that skate is a delicacy. That it’s very expensive and melts in your mouth.]

What would you like to get the word out about right now?

We’re currently promoting Marketing  from Scratch, our 6-week course to help other small biz owners start creating content that works for them.

No lobsters are involved and Einstein won’t endorse it after I refused him a second helping of souffle.

Why do you read the Story Bistro blog and emails?

It was seeing people I know take part in the Prosperity Kitchen challenges, and then followed your re-branding adventures followed by the home-buying and move to Oregon. I like reading the stories of people I know.

Am I confident now? Hell no, I hide under my little British bushel and stick my head out once in a while. But I like what I read. So I keep reading.

Are you doing remarkable or astounding things? Do you have some advice you can share with us? Be a Story Bistro “Corker Uncorked” by raising your hand here.