Brand Turnaround: An Interview with Karen Post, the Branding Diva 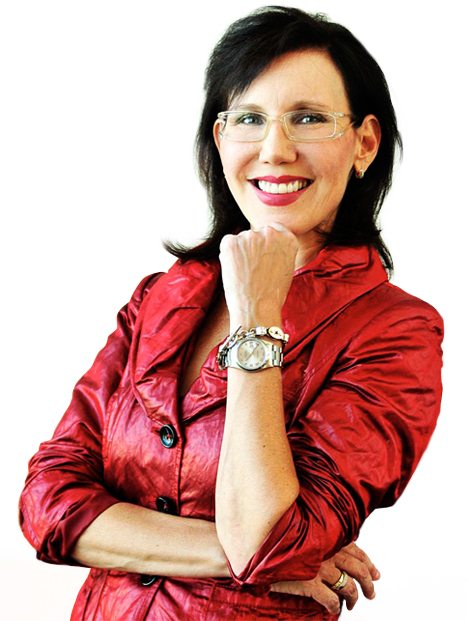 Karen Post, aka the Branding Diva, has a great new book called “Brand Turnaround: How Brands Gone Bad Returned to Glory…and the 7 Game Changers that Made the Difference.“ I spoke with her earlier this week on the Word Cafe podcast.

Here are the highlights. You can listen to the full interview on BlogTalkRadio.

TS: You’re always such a big advocate of doing things right. How did you decide to focus on the topic of correcting brand failures?

KP: About 18 months ago, I got call from CNN reporter about a big pharmaceutical company having to recall some products. This was like the fourth recall for them in a small window. She was on a deadline and I told her ‘When bad things happen to good brands, it certainly impacts consumer confidence. It’s a big deal.’

After I finished that interview, I started doing more research and finding more examples of companies that were hit with something tragic – whether it was a scandal or just taking their eye off the ball – they lost a significant amount of market share. I also saw that some companies came back – sometimes bigger than before. And then others didn’t and are now on the history channel. A light bulb went off that day for me and that was the beginning of the book.

TS: Is it just me, or do you think that brands are having more and more challenges than in the past?

KP: There are more challenges, yes. Ten years ago, if customers got upset, they would call customer service or go picket somewhere. Now that we have social media, within minutes, when consumers get irritated about something, if they want to, they can create a mean-nasty video and it can go viral in an hour. They can talk to their friends and then their friends talk to their friends. And suddenly what was a little brand bump becomes a brand explosion.

It’s not just about product recalls and scandals, either. Recently customers have gotten upset with fees, for example the big banks’ ATM fees. Ten years ago there weren’t the platforms that we have now to for people to share their frustration. Social media amplifies any potential potholes that can happen — for any size brand. Banks are big, but even smaller companies can have problems. For example, there was a company in Austin a few weeks ago who had their data hacked. They weren’t a big company and it wasn’t anything intentional that they did, but it was still a big tarnish on their brand.

TS: And it’s not just the customers doing the talking. It can be employees, too, right? 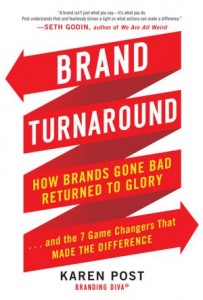 KP: Yes, it can be employees, CEOs, a board member or even a law firm. Remember a few years ago a law firm filed a lawsuit against Taco Bell claiming that Taco Bell forgot to put the beef in their beef products? That put them in Taco Hell for a few days.

There are different places you can be attacked by brand bombs – you’ve got to watch out. The big question is, “Can you come back?”

The good news is that even though we’ve lost Borders and a few car brands and Lehman Brothers, there’s still a lot of companies making a great turnaround. Apple computer lost almost a billion dollars in 1996. I just read his autobiography and he talked about how they were 90 days away from running out of cash. And look where they are today. They’re just one example.

In my book, I talk about all kinds of brands – even individuals. Take Kobe Bryant, for instance — he was charged with rape and he came back and won more titles and his life has certainly turned around.  Or, even a guy like Michael Vick. You would’ve thought that he was over. And he’s come back. He’s got endorsements back. He got a big contract. It seems like he’s really taking the bad thing that happened and taking the message to young people and doing some good with it. There’s even a bank robber who went to jail for robbing 7 or 8 banks and is now working to advise banks on security issues. So no matter what happens, you can come back. Mission Possible!

TS: As long as you’ve got those 7 game changers, right?

KP: Right. These were common things I noticed about the companies that turned around. The first game changer is “Take responsibility.” Even if you’re not guilty, It’s important that you show the public and your employees that you’re in there to find solutions. Versus saying, “No comment” and not wanting to deal with what’s going on.

When David Letterman and Elliot Spitzer had issues – both of these gentlemen showed up quickly, got ahead of the story, took responsibility and they turned out okay.

The second game changer is, “Don’t give up.” If you look at the companies that have turned around, they could’ve easily thrown in the towel. But they didn’t. A big part of turnaround is attitude. That’s key. Attitude that resonates out to employees and vendors and constituents. (Laughs) I don’t want to go through all of them, because we want folks to go read the book.

TS: What I found interesting were all the lessons you can learn from reading these stories. You covered 75 brands?

KP: Over 75. Most of them have been turnarounds. But there are some where the jury is still out. And yes, there’s a lot to learn from these examples. Even the ones that ‘bit the dust’ have things to teach us. I am an example, too.

In my mind, the day that it happened I crashed and burned. About 11 years ago, I founded a start-up which was part of the first dot.com chapter. We raised money and we were off to the races. Then the market crashed and we couldn’t raise any more money and we had to shut it down. That was the first time that I’d led a company that didn’t do well. So my personal brand was pretty beat up. But 11 years later, I’m thrilled to announce that life has been really great to me. And If it weren’t for that dark period in my life, I wouldn’t be writing books, speaking around the world or doing what I’m doing. So yes, you can be a big company or an individual practitioner and something bad can happen.

TS: It’s funny you would say that because whenever I have a client who experiences something horrible, I like to tell them it’s fodder for their future book. That they’re learning a lesson for the rest of us. Which was your favorite example from the book? Which one really got to you?

KP: I have to go back to the Apple story – it’s so emotional. Especially in light of Steve Jobs passing recently. To think that they were just 90 days away from being history and all the bumps that he’s had in his life. And look at where they are today.

TS: What do you think the Apple brand should focus on now that he’s gone?

KP: They need to keep the very high standards around design and the magic of the Apple brand that you feel when you walk in the stores and when you fire up your computer. I’ve never owned a PC in my life, so I don’t know the difference. But I always feel more creative when I fire up my Mac. The new CEO – in time – will express his personality and have a presence. He’ll never replace Steve Jobs, but he’ll make his own way.

TS: They were small at one time, and I’m wondering how do these things apply to the really small businesses who don’t have national recognition?

KP: It’s all relative. Say you manufacture a toy for children and there’s a part made in another country and a child died because of the toy. That potentially could kill you. A lot of the same things that happen with the big companies can happen to small companies, too. Especially with the way media works, even if you operate in a small town, things spread quickly. The principles in my book – the style a very friendly, practical tone – helps you see that no brand is immune.

TS: So before something bad happens – because the likelihood of that is bigger today than it was — what would you say people need to do? I remember your 7 principles included focusing on your brand equity and owning your distinction.

KP: Right, but before that you need to do an audit. In the book I’ve got an exercise that will help folks do an audit of their exposure. It will help you go through and identify potential problems. Do you sell nationally or are you private? etc.

As an example, getting your data hacked is not nearly as bad as having a child die from swallowing your toy, or something involving food (a la Domino’s Pizza). So you need to know your exposure level.  I also provide some steps on how to develop a crisis plan should you need one.

Once you hear something happen, how to respond. And to your point, having equity in your brand. And having followers, friends and ambassadors so should you ever need their assistance, they’re there for you.

When I think of a brand that’s done a really great job of that, I think of Southwest Airlines. There was some legislation that was trying to pass awhile back that was not consumer-friendly. They reached out to their customers and the pressure from the customers helped changed the law. And then they had a couple of situations where their planes were grounded for safety violations.

For any other airline that would’ve been news for days and days. But in this case, when the story was reported — because they had so much support from their customers – the public was a lot more forgiving.

To your second point: Owning your distinction (a game changer) – whenever you’re trying to reframe, if you look like everyone else in your category, consumers can confuse you with someone else. Unless you’re really distinct and own something that’s unique, you’ll have challenges in the transition. So it’s very important to stand out as much as you can.

TS: I enjoyed the Geek Squad story that illustrates that point.

KP: That company was started by a gentleman right out of college who had $200 and a bicycle. Very early on, when he started growing, he made sure that he did things that were very distinct from other computer techs. When we all started calling people to help us with our computers, we associated tech support with colors like blue and grey.

Geek Squad went so far away from that by using black and orange as their colors; poking fun at the geekiness, with the short pants and the white socks and the secret agent badges. They went so far as to create a branded shoe for their employees, so that when they walked in the mud, they would leave the logo behind. They’re a great example to look at and see how far they moved from the space of common or space of sameness/lameness to a unique space all their own.

TS: And then they were snatched up by Best Buy – what a success story! What’s next for you, Karen?

KP: A whirlwind speaking tour. Spreading the good news about branding. Branding really makes a difference. It matters. Everyone has a brand. Even if you don’t think you have a cool logo or tagline, you have a brand. The minute you open your doors for business, and people start holding feelings and expectations about you, you have a brand.

I just want to encourage people to take care of their brand and do the right thing so they send the right message. It all contributes to your brand success. Your brand is the sum of everything you do!