From Guest Post to Published Author: An Interview with Beth Hayden of “Pinfluence” 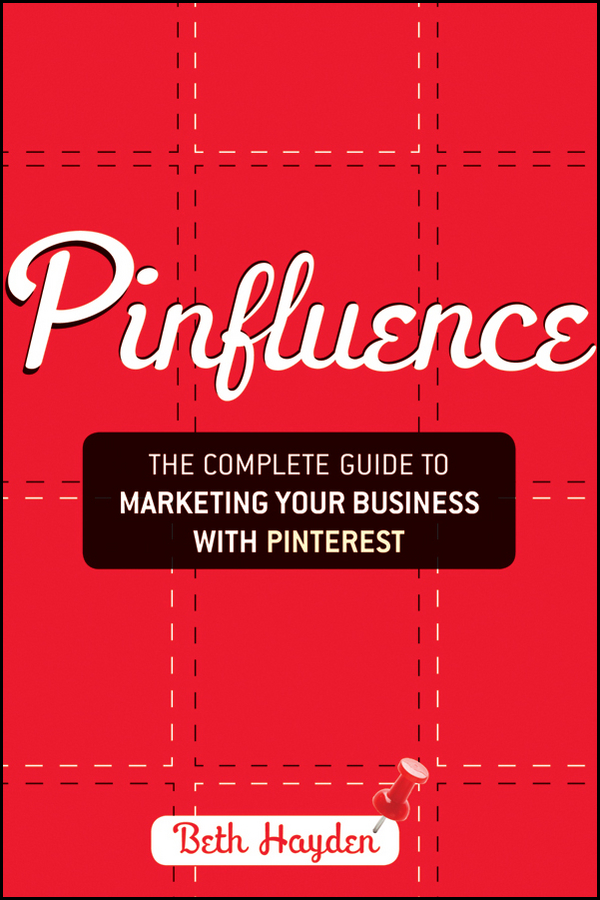 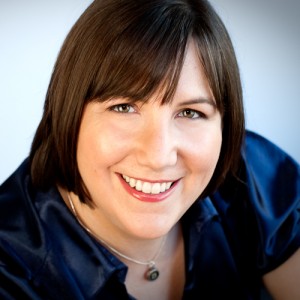 Beth and I met last year in a guest blogging class taught by Jon Morrow, and it wasn’t long before we’d hit it off. We’ve even managed to meet up in person a few times, and it’s always an energizing exchange when we get the chance to talk.

This interview was no different. (You can listen to our chat in its entirety on BlogTalkRadio here.) Beth’s the author of the brand new book, Pinfluence: The Complete Guide to Marketing Your Business on Pinterest (aff link) as well as the new Senior Writer for Copyblogger.com. Here are the highlights from our interview:

Q: How did you get started on the Pinterest path?

A: It’s an interesting story. It started when I took Jon’s advice and began looking for guest blogging opportunities on bigger blogs than mine. I’d successfully gotten a post at Problogger which fueled my confidence to go after something bigger like Copyblogger.

Q: Even though its growing faster than a summer squash, Pinterest is still relatively new to most small biz owners. How did you get this fabulous book published so quickly?

A: After what seemed like weeks, Copyblogger finally accepted a post of mine and it was published in January, this year. It was called, “The Glee Guide to Attracting a Raving Horde of Social Media Fans.” Almost immediately (in fact, I think it was that night), I decided to try again and emailed their editor to see if I could send them some more ideas. They said yes, so I sent them something like 12 topics, thinking there had to be at least one in there they would like. As it happened, there was — and they asked me to write a list post about how to use Pinterest for marketing. Knowing that the topic was hot and that I might get scooped by someone else, I wrote like a madwoman and got the post to them in like 3 days. What they ended up publishing was the now-famous, “56 Ways to Market Your Business on Pinterest.”

That post did really well — mostly because I was in the right place at the right time — and it also caught the attention of Wiley Publishers. They happened to be out there on Copyblogger looking for new trends, which I think was very smart of them to do.

Q: Now that you’ve written a full-length book on the topic of Pinterest, do you feel like you are the “expert?” Is it something you want to continue to pursue?

A: Yes, as much as that’s possible. There’s so much new stuff going on with Pinterest that I’ve set up some monitoring on Delicious and with Google Alerts. And folks aren’t really talking about the basics anymore, they’re moving on to more advanced topics like how to monitor pricing of products that have been pinned; how to schedule your pins; and so on. Pinterest is growing more and more, too and will be adding new functionalities very quickly.

Q: What’s the most exciting new thing you’ve seen on Pinterest since writing the book?

A: A couple of things. I like the fact that they were smart enough to change their copyright rules and edit their terms of service (TOS) so that it’s more friendly for artists. I was encouraged to know they’re listening to their user base. (There was quite an uproar there for awhile with their TOS being not at all in favor of the original creators of things.) It also looks like there’ll be some very cool 3rd party tools for scheduling and monitoring your Pinterest activity. Pinterest is wisening up to the fact that they’re a great tool for brands. So they’ll be releasing their API into the “wild” and putting more efforts into allowing some of those capabilities to be developed by 3rd parties. I’ve also heard they’ll be offering private boards soon so you can share things privately with your clients or friends.

Q: I’m the first to admit I’m not an early adopter. And I still haven’t made up my mind about whether or not I want to use Pinterest as a major social media channel for my biz, but I am using it here and there with some good results. What’s been the best thing for you in terms of marketing your business?

A: I’m getting known now on Pinterest as a curator of Pinterest information. I think it’s a great way to build your authority in your field. For me, it’s either the number 1 or 2 (depending on the day) source of new traffic on my site; I’m getting a lot of new sign-ups on my email list; and the folks who do come to my site from Pinterest tend to stick around a lot longer than the folks who come from Facebook or Twitter. Perhaps they have a longer attention span?

Q: When you were writing the book, how much research did you do — especially in terms of reading all the other material that was hitting the interwebz at the same time? What was your process? I know you had to crank this out pretty quickly.

A: I tried to do that at first, but after a certain point, I felt like I’d consumed as much information as I could and that I just needed to do my thing and write the book. The book was written really fast (just under 6 weeks) and I told Wiley that as soon as they got the manuscript there would be something I wanted to add because things were changing so quickly. Now that it’s been written, I’m able to focus more on monitoring the news and staying abreast of changes. But it’s hard not to get tangled up in thoughts of “Oh, I should’ve put that in the book, too!” It’s just a very dynamic topic right now.

Q: What would you say is the biggest misconception about Pinterest?

A: There’s a myth that Pinterest is only good if you’re selling a product. Or even selling products to women. That’s totally not true. It’s actually a great tool for humanizing your brand. I found the most extraordinary boards when I was doing research — some of them were for huge companies like General Electric — and what I saw over and over was the personality that can shine through in what a company chooses to pin. It can make your company feel so much more accessible. As far as the gender stuff goes, the statistics for users in the U.S. are being quoted at between 60-80% female. In the U.K., it’s 60% men. For some reason, the hot topics in the U.K. are venture capital opportunities. In the U.S., I think it’s already shifting. We’re getting more and more men on there and it’s NOT all about weddings. You really just have to get on there and see for yourself.

Q: One thing I’ve noticed is that Pinterest is quite addicting. Do you have any tips for people on how to reign in the time they spend there?

A: I set a timer for myself. I’ll say 15 minutes, no more. The other thing I do is set two goals for myself. First, I try to pin 2 or 3 new things (not just repinning other people’s stuff). And I try to follow 2 or 3 new people per day. The amount of traction you’ll get by pinning 100 things isn’t that much greater than you’ll see if you pin a little every day. I’ve also put some tips into my free Marketing Guide that folks get grab from my website: bethhayden.com. The guide features things like how to develop a successful strategy, right from the start; and how to use Pinterest to drive more traffic to your website.

Let’s keep this conversation going — do you use Pinterest to market your business? Share a link to your board(s) in a comment below and let us know if you’ve found a fun way to build your own Pinfluence. Oh – and questions are great, too. I’m pretty sure I can twist Beth’s arm and convince her to come back and help us with answers.