My Big Why: On Motives, Mentors, and Defining Moments 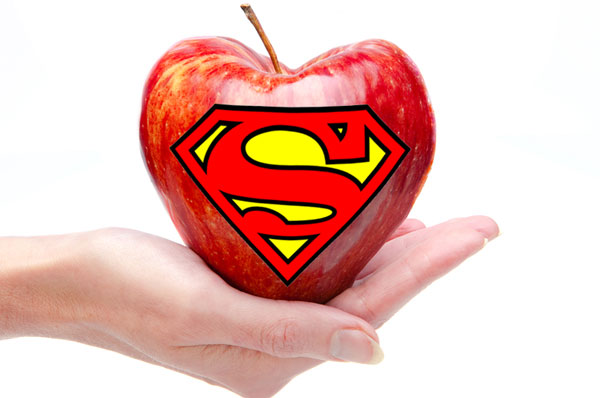 Every hero has one: an origin story.

Bruce Wayne watched a mugger brutally kill his parents when he was just a child. Peter Parker found his inner hero after a radioactive spider bit him. Buffy discovered she was “The Chosen One” and learned to leverage her slayer superpowers in high school.

Even real-life heroes have them: Rosa Parks’ decision to not move to the back of the bus. John Muir’s pledge to make the most of his life after a brief stint of blindness. The first time Amelia Earhart experienced the exhilaration of flying.

And even if we never achieve fame and fortune, we all have moments that help define who we are and what we choose as our life’s work. Usually, these moments are less devastating than murder or radioactive spiders. But they still cause emotional earthquakes. Finding those moments and connecting the dots is a process we all need to go through if we want to understand our own heroic origins and Big Why.

Here’s the story of how I discovered mine…

I thought nothing could exceed the agony of giving birth to a 10 lb. baby. The last 24 years of my son’s life, have – on more than one occasion – proven me wrong. And with the exception of his teen years (that kind of trauma is a whole different kettle of fish), the last 12 months in particular have shown me just how heart-wrenchingly painful motherhood can be.

My one-and-only son will graduate from a prestigious art school this December. As a sometime-artist myself, I can testify that this guy is capital-T talented. He’s got skills that far surpass anything I’ve ever done or could dream of doing with a pencil, brush, or crayon.

But still, he struggles to feel good enough. To see himself as above average at anything. To believe that he’s talented enough to earn a living at this thing he loves. It doesn’t help that he suffers with depression. Or that he’s got strong convictions and ideals and feels them in ways that continuously amaze me.

Recently, I woke up to this text on my phone: Hey Mom, are you still awake? I need to talk.

My heart dropped. His anxiety levels have been off the chart lately and we’d just gotten his panic attacks under control. (Thank you, doctor, for figuring out he had a severe Vitamin D deficiency.)

I texted him back. Sorry I missed you hon. Can you talk now?

A little while later he shared the latest camel’s back-breaking straw: a group “crit” that left him feeling hopeless about his future. The students said things about his work like, “it’s boring,” “it’s too symmetrical,” and “I’m not seeing a story.”

Even worse, his instructor failed to lead the discussion in any constructive direction. Later, he went to that teacher and asked what he could do to improve the work. The man shrugged and blew him off – something he doesn’t normally do.

He was probably having a bad day, I said. It’s not about you. My son explained this was just another reason in a long line of reasons that all pointed to one conclusive fact: he would never make it in this business.

Through stifled tears, he pointed out:

The obvious answer (according to him) is that he should just give up now. The whole thing is pointless, Mom.

What do you do when you hear such despair and pain in your child’s voice? What do you say when nothing you say seems to make any difference?

Giving advice is sometimes harder to give, than it is to get. — As an English major who dreamed of someday writing the Great American Novel, I’ve been in his shoes.

I’d aced a handful of creative writing classes, so of course I was that much closer to my mother-fucking dream. Eager for the challenge, I brought my writing samples to the head of the creative writing department. Professor Krysl read them over, asked me a few questions, and then agreed to mentor me through my project.

We had an entire semester to work together – nearly five months to mold my rough drafts into genius.

Then, one month away from the deadline and eager to see how we’d tie up the fruits of my labor, I met with her one last time. She asked me to sit down in a voice that felt ten degrees colder than usual. I’m sorry. This work isn’t cutting it, Tea. And I don’t think we can salvage anything. “What…do you mean?”

I felt the blood leave my head. You’re going to have to scrap this and start over.

“But – how? There’s only a month left until graduation!”

She offered no apologies. No hugs or empathy. No suggestions for how to move forward. This is what needs to happen. Do it, or your project is over.

I don’t remember leaving her office. Or getting home. Or even crying. I only remember the deafening quiet of my room, later that night.

Me in a fetal position. My best friend at my side, alternating between soothing whispers and raging tirades.

The next day, I realized I wasn’t ready to give up. So I girded my loins (such as they were) and made the rounds of my creative writing professors. After a week of being turned down by everyone in the building (Kid, she’s the freakin’ department head – if she says it won’t work, I’m not gonna fight her on it) they gave me the option to use one of my better essays and work with the head of the Literature department instead. Utterly deflated, yet holding tight to my dreams of creative brilliance I said, Fuck it. I opted out of the entire process.

But first I endured a pummeling of rejection letters from graduate level creative writing programs. And months of unemployment peppered by the odd temp job. I felt like I lived at the bottom of a deep, dark well – and there was no way out.

And I let that experience kill my dream. Not once since I left college (as of this writing) have I written a poem or a short story. Whatever muse I might’ve had got on a bus that summer and left for greener pastures.

Now, I write blog posts and articles and marketing copy. But every time I’ve tried to give life to a fictional piece? Nada.

It’s not a conscious choice, either. It’s more like someone surgically removed the piece of my brain that could make things up. There’s just…nothing there.

Last year I published a for-real, actual book (as distinguished from those I’ve made as gifts for family members and friends over the years). It’s on Amazon, so somehow it feels legit. And? People like it. (41 reviews — 4.8 stars) They buy it. They recommend it. They tell me that it had an impact on them and their business.

But the kicker is that it’s a business book. About marketing. And communicating with your customers. About telling them stories that mean something.

What I’ve found in the years since college is that the writing flows not when I’m trying to be cute or clever or exercise my imagination. But when I truly have something to say. And these days, what I usually need to say has to do with business and marketing. (Go figure.)

It’s not the Great American Novel to be sure, but it’s important work. And it’s creative. Also? I’ve had nearly 20 years of practice. The writing comes out of me whether I want it to, or not. Just not the way I thought it would. —-

The day after my son’s tearful phone call, I dug out that old senior project manuscript and read it again. My professor was right. It was boring. It did lack focus. But what would’ve happened if I hadn’t given up?

What if she’d been able to give me better direction, sooner? Would I have gone on to be the Great American novelist?

I don’t think that matters.

What does matter is that I know who I am and what kind of writing works for me now. More important tho, is the drive I have to mentor others now.

My son began his art school adventure with the dream of someday working for Pixar. That’s his Great American Novel. Nothing would make me happier than to see him realize that dream. Not even world peace. Is he good enough? Hell yes! But he’s green. He still needs to find a specific path and walk it. It might be the path to Pixar’s headquarters. Or it might be something even bigger. The point is that he needs to keep walking so he can figure it out.

Even when the feedback is harsh. He’s got to find a way to get the mentoring that’ll serve him.

So he can serve the world the way he was meant to. As his mother, I’d love to fix this for him. Wave my magic wand. Kiss him and make it better. I wish-wish-wish I could just reach out and say do this and do that and voila, he’d find his yellow brick road and the sun would shine again.

But he’s got path-finding muscles to build. Something only he can do. My one role is to support and cheer him on. Show him that he’s not alone in this struggle. That there will always be asshat teachers and professors and peers who don’t understand how damaging their crappy critical remarks can be.

To help him learn how to advocate for himself. How to find a mentor. Or, two or three. And how to take whatever crumbs of criticism he receives – good and bad – and use them all as fertilizer for his future genius.

Our two stories have similar themes, yes. But the big a-ha for me was when I noticed that the mentor role is one that I’ve chosen as my career. Sure, marketing is my area of expertise, but it’s not the-thing-I-must-do. I love words and pictures and communicating, but those are talents I feel I was born with — not a specific path I chose.

Over the years, I’ve found myself in various jobs that required me to teach or train others. And those were the places where I felt most alive. It wasn’t the content I was teaching that mattered as much as the teaching. The mentoring. The coaching.

Until recently, I’d never looked at my horrible college experience as a defining moment in my origin story as an entrepreneur. Now, I see that my lack of a true mentor in that time and place helped spark my desire to teach and mentor others now.

And wouldn’t you know? That one realization helped heal that piece of my past in a way that forgiving Professor Krysl never would.

What patterns do you see repeating in your life? What do you find yourself dealing with again and again? Those might be moments that define your work, purpose and Big Why. Please share so others can learn from your example.

p.s. – if you’ve been looking for a marketing mentor or writing coach, I’d love to talk with you.