Brandscaping: An Interview with the Author, Andrew M. Davis 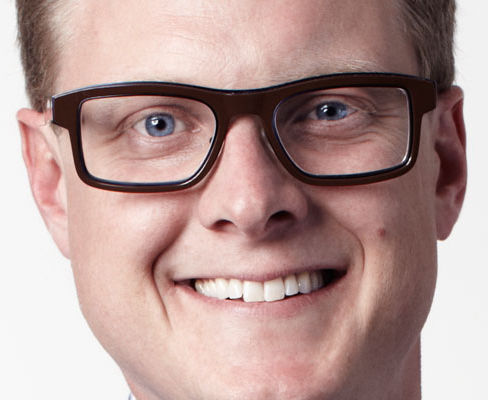 Just before Christmas, I picked up a new book called “Brandscaping: Unleashing the Power of Partnerships.”

And I really enjoyed it. So much so, that I added it to my Must Read Marketing List and then reached out to the author for an interview. Andrew Davis says solopreneurs and micro business owners are probably best positioned to take advantage of partnerships — especially the way he outlines in his book. He was gracious enough to spend some time with me and you can listen to the entire interview here.

TEA: One of the things you talk about in your book is that solopreneurs should work on leveraging their personal brands — their personalities — whether they’re looking to partner with someone or not. But we’re not all Oprah. What do we do if we don’t have an outgoing personality?

AD: I think you can work into it. Rachel Ray and Gary V. are two great examples of this. If you go back and watch Gary V.s’  first few episodes, it’s not a show that you’d want to watch. He’s a boring drone. He’s not a person I’d want to hang out with. What he does is build on some very simple television production ideas and a great hook. Over time, his personality comes out. He works into it a thousand episodes later. Do you need to dial it up as far as Gary V.? No, you but you do have to have a good hook and a smart way to deliver your content. Even people with no personality are able to do that. Rachel Ray also had zero personality in her first few television clips. She started out working for a brand — as a buyer for a grocery store in upstate New York. She began doing these 30-minute meals clips for the local news and she sucked. But what she had was a smart hook — the 30 minute meal. And she grew into who she is today. That hook was a big part of her success.

TEA: I had no idea!  You make an important point, because not everyone is an extrovert. I know a lot of folks who would rather not expose themselves to the world, but as an entrepreneur, you’ve got to get out there and share yourself. The good thing about the online world is you can do that via video and podcasts and not have to worry about a live audience.

AD: The internet does make things easier. But, it comes down to asking yourself whether or not you really want to sell what you’re selling. If you won’t even go to a social event and tell people what you do and have a smart way to talk about it, you’re going to have a hard time online, too.

TEA: Stories are really what engage us the most. We might call them ‘case studies’ as marketers, but the fact is that if you tell people a ‘true story,’ they lean in more.  Which story from the book do you think is most relevant to solopreneurs?

AD: The Chicken Whisperer is really the best example. Andy was a regular guy whose kids asked him one day where eggs came from. He was kind of disgusted that he lived in Urban Atlanta and that his kids had no idea that chickens laid eggs, so he went out and got some chickens. Pretty soon, he was doing all this research into backyard poultry which eventually grew into a radio show in Atlanta. Turns out it wasn’t a great show for Atlanta, because there wasn’t a large enough audience there who were interested in backyard poultry. So he took the show to the internet. He uses BlogTalkRadio and he does a live show every single day for two hours. And every week he gets about 20,000 people listening and calling into his show. Over time, he turned his hobby into a full-time job. And now he makes more than he made as an EMT and most years he makes more than he made as a healthcare consultant. He’s got big brands like Tractor Supply to basically underwrite his show and even send him on a tour every year across the US to host events and teach people about backyard poultry. He’s also got a Meet-up group in almost every major city in the US. So he’s built up quite a solid business just based on a simple 2-hour radio show. 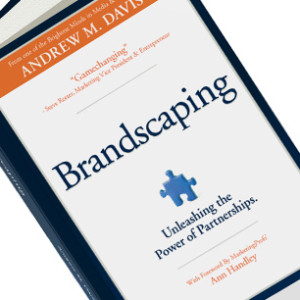 AD: True. It’s a very odd niche. But that’s one of the lessons. If you’re going to be successful as a solopreneur, you’ve got to target a smaller niche. Especially online. I’ve got a friend who’s a yoga instructor and she read my book and afterward started to narrow her targeting to one of her clients. This client was the CEO of a start-up who came to her classes once a week because he was trying to relax more so he could think better at work.  She noticed that she was working really hard at trying to get everyone to do yoga, and it wasn’t working. So she decided to target entrepreneurs and start-ups in high stress environments with the goal to show them how yoga could help them think better, problem-solve better, be more focused. And as a result of targeting that niche, she’s already gained a lot more clients.

TEA: I know all about the power of the niche, and even I am challenged with the niche. I don’t delineate in my own marketing that my ideal clients are new women entrepreneurs in their first five years of building a business. It probably would help if I did. But I just don’t feel ready to do that yet.

AD: Ironically, it doesn’t mean that you can’t work with other types of folks. It just means you can do more strategic marketing and grow your business faster.

TEA: I know! And that’s the same advice I give to my clients.

AD: It is a lot harder to practice what you preach.

TEA: Was there a story that didn’t make it into the book?

AD: Gary V.’s story didn’t make it into the book. What’s interesting about him, he was targeting the niche of male sports fans who wanted to learn about wine without being a wine snob. He made a commitment to his audience that he would review four wines every day in a very down-to-earth manner. Even when he was on the road, he would find a way to do this. One of my favorite episodes was a time he even reviewed the wines in his hotel’s mini-fridge. Eventually, he built a booming business as essentially one of the smartest people in the wine business. He doesn’t just sell wine now — he sells all sorts of wine-related stuff. He built his brand creating content that was valuable to the audience he was going after.

TEA: I’m wondering what advice you might have for those who are in the service sector, like life coaches. If you’re a life coach — and god knows there’s a bazillion of ’em out there — how in the world do you find a partner to work with? To brandscape?

AD: The first step is to target a really valuable niche. There are tons of sites out there on how to live a better life. But if you’re in the coaching business looking to acquire new customers, you might want to pick a specific job title from a specific type of company. Perhaps be a life coach to marketing speakers. NOW you’ve got an angle to build content around. And you’ve differentiated yourself from every other life coach out there. Not only that, but if you partnered with me — and we created content together — we could reach twice as many people with the same content. You could say to me, ‘I’ll coach you if you’ll allow me to publish our lessons as blog posts or videos, podcasts.’ And then I (as the marketing speaker) would probably share that content with all of my peers — other marketing speakers.

TEA: One of the things you point out in the book is that you don’t have to create all the content yourself. You can find someone who’s already creating awesome content and partner with them. So if you were going to extend that example a bit more you’d be looking for someone who’s already reaching the marketing speakers audience, right?

AD: Exactly. If we continued with our coaching example, a great partner would be someone like SpeakerFile.com. It’s a site where speakers can sign up to showcase what they do to a larger audience. SpeakerFile has the email addresses of hundreds of thousands of speakers all over the world. If you approached them and said, ‘Look I’d like to create some content for you about living a better life on the road — content that you could use in your weekly email newsletter.’ It’s a foot in the door with the audience you’re trying to reach. And the next thing you know, you’re the expert life coach for speakers who are on the road all the time. It’s a lot easier than everyone thinks. The key is to target a niche. It gives you an angle for creating content.

TEA: What’s your rule of thumb for figuring out how large your niche should be? Many times they feel too small — which could be our own lizard brains lying to us — but how do you know?

AD: One of the best opportunities is to look at the groups that your customers are participating in already. For example, if you looked at a group on LinkedIn, is there a fraction of that group that could fill your time? How many customers do you need to stay busy? If you can find a niche where even just 10% might fill your dance card a hundred times over, you’ve found a great niche.   The key is to find a happy medium between an audience that’s too small and one that you can still remain relevant for.

TEA: I think that’s an important distinction. Just because there are 2000 people in a particular LinkedIn group, that doesn’t mean that those are 2000 valid leads. Very few folks will actually participate in a group.

AD: It’s around 6 to 8% of any group that participate. Those are the ‘prosumers.’ They’re the seeders. They seed conversations and write comments. Don’t be disappointed if you start creating content and you don’t get 53 responses right away. Over time, the more partnerships you make, the more valuable you’ll be. But you want to partner with the ones who are participating — the ‘prosumers.’ Look for those who are actively promoting your content or interacting with it already.

As I said, get the book. Partnerships and sponsorships aren’t new, but Andrew’s stories will kickstart some brainstorming for you and get you thinking about how you can find new ways to build your business in the coming year.