Wanna Be My Plus One? Why I’m Falling in Like with Google + (and Why You Might, Too) 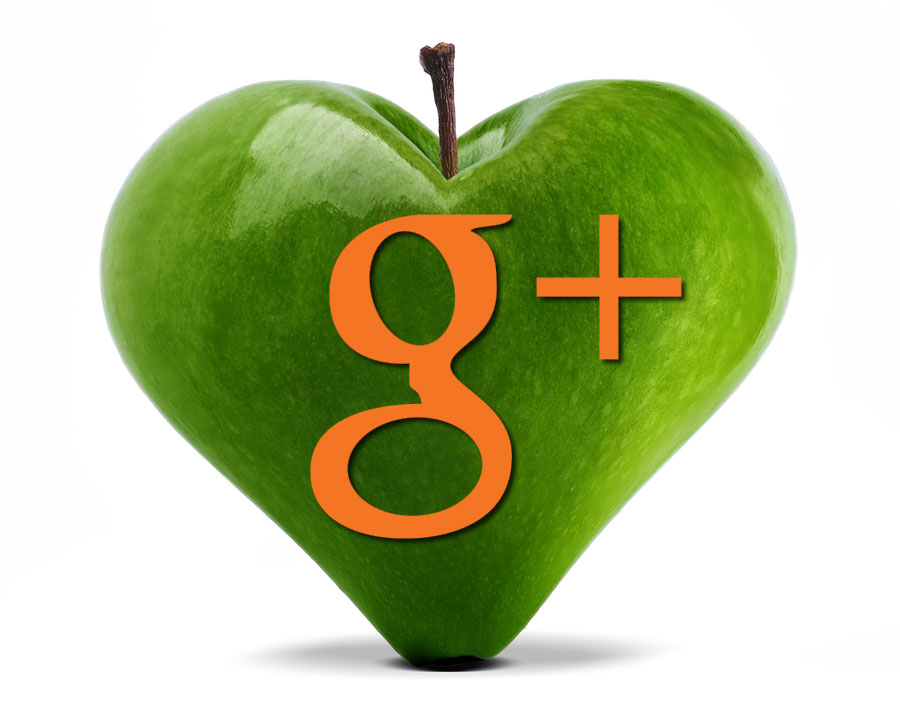 About a month ago, I made a conscious decision to spend more time over on Google+.

I did this knowing that the odds are you’re not hanging out there (yet) — even if you do have a G+ account. I did this even though I have no desire to learn some newfangled social media platform (another one? really?). And despite the fact I hate to give Google anymore control over my life than it already has, I made the conscious choice to quit dipping my toes in and take a solid step toward understanding what the heck I needed to be doing there.

But Mostly? I made this decision because I’m falling out of love with Facebook.

There. I said it. I imagine my experience is similar to what happens in any relationship: You stop feeling heard and understood by your partner. You try to speak up and see if there isn’t a way to work things out. But when the other party doesn’t listen (I’m looking at you Mark Zuckerberg), you’ve got to get your needs addressed somewhere, am I right?

We all know Facebook has been buggy since Day One. And constant updates to the user interface notwithstanding, most of us have soldiered on. But between the recent privacy snafus and the need to now to pay for the privilege of reaching our own audiences, it’s really become a chore to enjoy Facebook at all.

All of this just drives home the fact that it’s never a good idea to pour too much time and/or money into building something on someone else’s property. Facebook owns the virtual playground they’ve built and that means they can (and will) change things whenever they want to. If they decide tomorrow that you’ve been violating their terms of service, you could be out on your ear. Your investment of time and money could go up in smoke — *poof!*

So focus first on your own website. Be sure that you hold the keys to that site (don’t host it on someone else’s playground if you can help it — sites like WordPress.com or Blogger.com are great starters, but never a good long-term solution).

And then let everything else you do be about inviting people to visit you there — in your own home.  Having said that, I’m now going to tell you that while Google may not own your website, it certainly owns the phone book and all the other ways people can find you.

Which is where Google+ comes in. There’ve been a lot of really good articles out lately about why we might want to take a second look at the Big G. I really enjoyed this piece on Fast Company’s site. The author tells us:

Sure, there’s a social networking aspect to it, but Google Plus is really Google’s version of Google. It’s the groundwork for a level of search quality difficult to fathom based on what we know today.

He then followed that up with another article where he explains:

Google Plus’s Ganesha-like arms can handle all of your company’s communications–if you let it. My buddy Andy Wilson, for example, runs an e-discovery company called Logik. He has swapped out everything with Google Plus. Instead of Yammer, employees post to their “work” circle. Instead of Skype, employees use Google Hangouts for cross-coast meetings and calls. Instead of Eventbrite, they use Google Plus events.

There’s also this article by Linda Asherman, where she asks:

Would you rather be the person at a cocktail party that seeks out people you already know and talk to them all night – or will you take the chance to meet new people?

…and then proceeds to give us the details on what we’re missing.

Personally, I’m enjoying the Hangouts on Air — a lot more than I thought I would. In case you’ve missed it, we’re using Google Hangouts for Prosperity’s Kitchen and for the most part, things have gone pretty smoothly. Yes, there’s a bit of a learning curve. And of course, things aren’t 100% perfect.

But overall, the fact we can hold a video conference with 10 people and have it recorded automatically to YouTube is pretty dang slick. (If you want to start playing around with hangouts, I highly recommend you connect with Carol Dodsley. She’s been extremely helpful in compressing my learning curve with Hangouts.)

So, will I be throwing all my proverbial eggs into the G+ basket? Of course not. But you can bet your Sweet Baby Lettuce that I’ll be giving it a lot more attention than I did a year ago. Wanna be my Plus One?