Boost Awareness by Piggybacking on a Bigger Brand 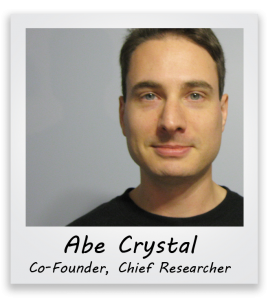 Earlier this week, I talked with Abe and Rick of Ruzuku.com — an online platform created to make it “ridiculously easy” to teach better classes on the web. Ruzuku first came onto my radar when Abe posted this question on my “It’s All About YOU” post:

A marketing challenge I’ve been struggling with is how to build awareness of ruzuku. While our current customers love the product and we’ve grown through word-of-mouth, we feel somewhat ‘stuck’: inbound traffic to our site is low, we don’t get a lot of mentions on blogs and social media, and we don’t have much budget for advertising. How can we build awareness of what we have to offer, and interest more passionate experts in our platform?

I thought this was a great question and responded immediately with a question of my own:

Are you participating prominently in any sort of online forums, groups, etc specifically for your target market?

He said that he had just begun to do that, but was finding it to be a bit more of a time commitment than he had hoped. I told him to hold tight, and that I’d address his question in a future blog post. Time passed and a little over a month later, this tweet caught my eye:

Join our FREE course for your chance to win your way into Teaching Sells and a year of ruzuku worth $2,500: http://t.co/kh4yFisc

If you’re an avid Copyblogger fan, you’re probably familiar with their Teaching Sells program. I’ve yet to take that class, and have been googley-eyed over it for the last few years. (I just don’t seem to have an extra couple grand on hand when enrollment opens up.)

Anyway…! As I said, that Tweet caught my eye and started my feverish attempt at winning the contest. Entries were gained by various methods (more on that later). And while I have an unusual knack for winning  door prizes, that prize didn’t go home with me.

Thankfully, that’s not the end of this story. The marketing campaign that Ruzuku attempted was pretty darn cool. It only spanned 15 days, but in that time it managed to garner them the attention they wanted. They knew the power of that bigger brand (Copyblogger), and they were smart to understand the pull it would have in getting the attention of their ideal customers.

Here are some of the highlights from my conversation with the founders. If you’d like to listen to the entire interview, you can find it over in the Word Cafe at BlogTalkRadio.com. (There are some minor gremlins in the beginning, but the interview was successful after just a few minutes.)

Q: How did you come up with this idea?

R: We were looking around at different communities that would allow us to engage with folks. When Teaching Sells came open, we decided we were going to join it. We didn’t think about doing this giveaway right off the bat, but when the idea came up we knew it was perfect for connecting with our target demographic.

Q: How long did you have to implement from the time you had the idea until you launched the campaign?

A: Teaching Sells has a very limited window to enroll, so we made the final decision about a week prior. It was also a weird time period between Thanksgiving and Christmas. It took us about two weeks of back and forth planning before we were able to launch the campaign.

Q: How did you approach Copyblogger about using their product?

A: Yes, that was a little tricky. We read through their terms of use and it said you couldn’t re-sell. So we just emailed them. It’s amazing what you can get when you just ask. We approached them and said, “Look, we’re not asking for you to give this to us. But here’s what we’d like to do.” And in about a day they got back to us with a yes.

Q: Did they help you at all in terms of marketing it to their networks?

A: No. We probably should’ve asked for that. Next year. We wanted to be impartial and not too over-the-top with the marketing. We really just want to build a community around online teaching.

Q: You had two weeks to pull this off – how did you announce it to the world?

A: Our mailing list is a little over 300 people, so we sent out an email about the same time we did the blog post, and then we started Tweeting, too. One of the things I’d like to do differently next time is figure out how to make this something that people would share with their networks and communities. We had a few comments from people who said they loved the contest and they knew several people who would love it too, but they didn’t want to share it because they wanted to increase their chances of winning. Luckily, we did have a lot of people sharing it, but I’d like to do that better next time. One of the things we did well was give folks an entry if they referred someone to us who they thought might be interested in our product. Those were warm leads that we followed up on and they turned out to be pretty fruitful.

Q: What did you find most interesting about doing this sort of campaign?

A: One of the big ways to enter was to take the Ruzuku course (it shows people how our product works and what they can do with it). It’s something we have available all the time, but during this contest, the folks who took that course were a lot more engaged with it — they really got involved in the discussions. More so than when we’re not running the contest. It’s something we’re constantly learning about: how to drive engagement in an online course.  Also – one of the biggest challenges we saw was that we had multiple calls to action (you could tweet about us, write a blog post, take a course, make a referral, etc.) And I think we really gave folks way too many options. It sort of muddied the message and confused some people — we had a lot of traffic, but in terms of conversions, we had a lot of drop off (visitors weren’t entering the contest).

Q: I’ve experienced a little bit of that with my branding contest. I’ve noticed that when there are more than 3 options for people to get entry, participation drops off.

R: And you’ve really got to fight that with a higher priced giveaway. You want to get the most bang for your buck. Just go in there and keep it focused. And decide what your purpose is: is it lead generation? is it awareness? And then stick to that purpose. Because your cost needs to be about driving to that goal.

Q: So comparing what you did with this campaign, would you say the ROI was worth it? Was it better, worse?

R: I would say it was different. We recently experimented with an ad that was driving people to our Ruzuku 101 course, and it got some clicks and some interaction. But with our Teaching Sells campaign, we were able to really raise our profile more and get exposed to new people.

Q: Yes, the Teaching Sells giveaway is what caught my eye. You leveraged the caché of the Copyblogger brand.

R: The thing you’re giving away has to be worth the time it takes to enter the contest. We’re actually going to be cancelling some other giveaways (books) that aren’t developing into real business.

Q: With those, you’re still probably developing some good will. And that may not pay off immediately, but if it’s a good book and your recipient experiences it as such, it’ll anchor that good feeling with your brand in their mind. I think you’re right though, I think the engagement I had with your 101 course helped me see the true value of what you offer.

R: We want you to succeed and we’re going to spend our time and effort to make sure you’re successful. Some of these books we’ve been giving away are geared toward helping folks teach better.

Q: Which is totally how marketing is supposed to work — you help your potential customers get where they want to go, and in the process you’ll get where you want to go. What would you do differently next time?

R: I think next time we’ll do more planning up front. (laughs) We’ll be wiser and have a lot more lead time to get the word out.

Q: Planning is great right, but sometimes opportunities show up that weren’t part of the original plan.

R: Exactly. We’d also like to find a way to build in a natural reason for people to share — we can’t fault people for not wanting to share when they’re trying to keep the odds in their favor. We heard from more than a few people that they didn’t want to tweet about the contest because they wanted to win the prize themselves.

Q: Take a look at what AppSumo does — they do a lot of contests where they give extra entries for sharing. But if you get higher customer acquisitions with the 101 course, then I would say focus on that. What’s next on your list for marketing?

R: We’re actually working on some courses of our own. And we’re giving away some other courses, too. We’re working with Pam Slim’s “Power Teaching” and Jen Louden’s “Teach Now” programs. If you’ve got any readers out there who teach others how to teach online, we’d love to talk with them, too.

Keep your eye on Ruzuku – they definitely have a product worth taking a look at. I’ll be doing a full product review in another post.