How I Grew Site Traffic by 60% in Three Months: A Peek into the Small Biz Branding Contest

As many of you noticed, we recently wrapped up the First Annual Tastiest Small Biz Brand Award campaign.

The event/marketing efforts lasted nearly three months and worked to accomplish (or surpass!) several goals. These were:

What Was Actually Achieved?

Was there an increase in website traffic over the course of this campaign? Absolutely. During the months of October – November 2011, total site visits were 4,832 (with unique visitors at 3,590). The highest day of traffic during that period was the result of  a comment I left on another blog. (Click the image below to view the large version.)

Over that same time period, there was a 52% increase in the size of the Word Chef mailing list: 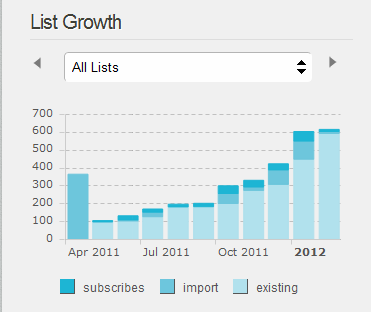 In addition to all that fabulousness, I connected with two thought leaders in branding: Pamela Wilson (of Big Brand System) and Karen Post (the Branding Diva).

Are we best friends now? No, of course not. But we’ve had several email exchanges and I feel like they would remember who I was if my name came up in a conversation.

I also successfully launched the new class (we’re currently underway using and testing the ruzuku platform), with a total of 8 students — a perfect number for testing out something completely new.

There were three phases to this campaign. Here’s what I did, step-by-step (and what resulted from each step):

Phase I – Solicit nominations and sponsors

What I’d Do Differently

If I do this again, here’s how I plan to improve on the process:

Do you have any other ideas about what I might consider adding to the mix? I’d love to hear from you. Questions or suggestions are both welcome!