Prior to launching Story Bistro, I reached out to Word Chef readers and asked them to share their stories of entrepreneurial highs and lows as a way to both teach and inspire.

If you’ve got an interesting story, please get in touch. I’ll be sharing more of these real-life narratives in the weeks to come…

It’s Never Too Late to Find Your Path

by Lynette Smith of  GoodWaysToWrite.com 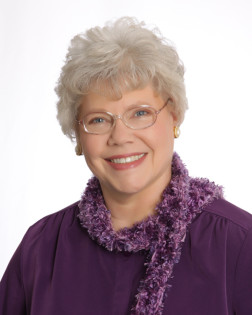 On November 21, 2008  at their wedding rehearsal dinner, our son Byron and his fiancee Rachael each presented their own parents with a framed heartfelt letter of appreciation.

The letters described what it was like growing up in their respective families, what qualities they most admired about each of their parents, and what values they’d learned that they planned to bring to their own marriage.

When the letters were read aloud by their best man and maid of honor as Byron and Rachael stood beside their own parents, everyone was deeply moved. This had been their own unique idea, and it was better than any purchased gift.

The Highs and Lows of Realizing the Dream 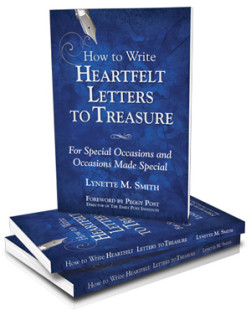 During the next couple of months, I couldn’t stop thinking about how life-changing our son’s letter had been, and I was trying to think of a way to disseminate this wonderful idea to bridal consultants and wedding planners so they could share the idea with their brides and grooms.

In March 2009, I decided to write a tips booklet for the purpose, to show brides and grooms how they could write these letters to their own parents.

I was advised by a marketing professional to write four booklets rather than one, because parents could also write to their son or daughter getting married, and the bride and groom could write to each other.

I published those booklets in October 2009 and had great expectations of selling them in bulk to associations of wedding planners, bridal consultants and event planners (who would resell to their members, who could attach their business card and give them as gifts to their prospects and clients), as well as to bridal and tuxedo shops (as customer gifts or for resale).

I was convinced they would all be very excited and the orders would start pouring in.

They didn’t. During 2009 and 2010, I paid several hundred dollars to various virtual assistants to locate and make initial contact with those trade associations, as well as any companies who routinely promoted their services or products at bridal fairs, so they would have a free handout to give passersby.

Every association I approached wanted me to become a corporate sponsor (at several hundred dollars’ dues annually) before they’d consider the idea; I had no marketing budget for that added expense, which would likely have exceeded my potential income from the booklet deal, so I had to find another way.

I attended a bridal show to research which types of companies were distributing free items to passersby, thinking to do another campaign to get these companies to buy booklets in bulk as advertising premiums; but I was asked by the show management to stop disturbing the exhibitors.

Then I created an emailing list of over 1,000 bridal consultants and wedding planners from three metropolitan areas of the U.S., and invested several hundred dollars to have a virtual assistant create a 3-minute YouTube video (animated slide show) to show them why they would want these booklets as a client gift and marketing tool.

When I sent the mailing with the link to the video, I received only one order: one of the consultants had found on my website that the four booklets were also available as a PDF assortment, so she ordered one set — not the bulk order I’d hoped for — she likely planned to freely distribute this file to her clients instead (violating copyright, but that probably never occurred to her).

I was so disheartened from the experience that I stopped actively promoting the booklets.

Everything happens for a reason…

As I look back on the early experience with the booklet marketing, I believe the obstacles I encountered helped to direct me towards my life’s purpose, my Big Achievable Goal.

I now realize that if the booklets had become a smashing success, I would’ve become embroiled thereafter in “doing deals” and custom-printing big booklet orders for the foreseeable future. I believe the Universe instead wanted me to write an all-inclusive book about writing ALL types of letters of appreciation, so I could reach a much broader audience than just brides, grooms, and their parents through local, national, and even international media.

On November 10, 2011, I met with my good business friend, Louise Egan at Noguchi Garden in Costa Mesa, California. She did hand-analysis and explained the life-purpose messages she’d interpreted from my handprints and fingerprints.

She told me I was pretty well balanced in all areas of my life but one: that I feared big change, and as such tended to avoid taking the last step toward a given course of action that could result in a big change—whether positive or negative.

I told her she was right; and for the first time I spoke aloud the question I’d only thought about for well over a year: “Should I or shouldn’t I write a book showing people how to write heartfelt letters of appreciation for all kinds of occasions?”

No sooner had those words escaped my lips than I heard this quietly confident reply in my mind: “Your book will be published by August 15th.” I repeated those words to Louise, remarking that now I had not only an answer but a deadline. She said, “I can’t wait to see this journey!” I started working on the book.

About two weeks later, as I brushed my teeth one morning, I heard that same Voice again; this time it said, “How to write heartfelt letters to treasure: for special occasions and occasions made special.” Realizing this was a potential book title, I wrote it down right away, ran it by a few book-titling experts during the next few weeks, and eventually decided it was indeed the perfect title for my book.

About four months later, at the “ripe young age” of 60, I realized I had discovered my life’s purpose: to get millions of people worldwide to write heartfelt letters of appreciation so they can establish, enhance, and even rebuild their relationships and in that way change their world. My first priority was to get people to write those heartfelt letters. If they felt capable of doing it on their own, wonderful; but if not, my book would be available as an excellent tool, guiding them to write from their heart.

Confident that the Universe wanted me to pursue this goal, I worked steadily and indeed did publish my book by August 15, 2012. Today my career “umbrella” covers two main activities in approximately equal proportions: my longtime freelance copyediting career (AllMyBest.com) and my Big Achievable Goal (GoodWaysToWrite.com).

Last October, to reach more people in big steps rather than baby steps, I prepared for and attended the National Publicity Summit in New York City.

There I met with 47 national media reps (radio and TV producers/hosts, magazine editors, bloggers, and national freelance writers) to promote my story idea of expressing gratitude in tangible, written form. Great news: 22 of them loved the idea, 10 more expressed tentative interest, and 3 more (for whom the story was not a good fit for their own medium) referred me to someone they knew who would be a better match!

So now I have a wonderful start towards sharing this idea with millions through multiple media channels!

To date, I’ve been on one cable-TV show and four radio shows, with two more radio interviews slated so far; I’ve written a guest blog for Energy Times online magazine and have submitted a 2,000-word article to USA Today Magazine; and I’ve sent story ideas to two freelancers who write for such magazines as Parade, Reader’s Digest, Baby, Parents, and Woman’s Day.

As time permits, locally I contact libraries and local service organizations to make presentations; and I’ve arranged to get the word out about my book to brick-and-mortar gift stores and book stores for reselling. I’m also working on a number of other get-it-in-writing, appreciation-based information products (downloadable PDFs).

To date, my book has garnered 14 five-star reviews on Amazon, five of them from Top Amazon Reviewers; and it has won four book awards. All this publicity helps people become aware that they can write heartfelt letters of their own.

Since finding my path, whenever I need more time, my schedule opens up so I have it. Whenever I need more money to do something related to my goal, either my business account already has the funds available or copyediting projects involving big start-up deposits start rolling in. I think this is because I pursue my goal rather intuitively; if an activity “feels right,” I do it.

I’m looking forward to new opportunities to share my mission — the more people I can reach, the better—and the better off our world will be, letter by letter, relationship by relationship.

What questions do you have for Lynette about her business and how she’s grown it? Let’s continue the conversation in the comments below…