#Follow Friday Much? My Love-Hate Relationship with Fan Base-Building Tactics

Yes, we all know it’s about quality, not quantity.

But still. It’s tempting to want to take shortcuts with building your connections on social media.

After all, at some point, you DO need a critical mass to help you get traction. But when we stoop to buying Facebook likes (even if it’s just a well-meaning ad that promotes your page), things can backfire. (Ask me sometime about my first month on Facebook where I bought an ad that promised to donate $1 to a national food bank for every new like I got.)

But there are other “free” ways to grow your fan base, too. Take #Follow Friday (aka #FF), for instance.

No, everyone on the planet does NOT know about this tactic — even though it’s been used since the inception of Twitter.

I found this out when I conducted an informal poll on Facebook recently to see how many people knew about (and participated in) #FF.

These numbers surprised me because I see #FF everywhere I look. Maybe that’s because I’m in marketing. Or maybe it’s just been on my mind a lot lately. Whatever the reason, I’ve got a love-hate relationship with every social media tactic that can be misused to inflate fan numbers. (And apparently, I’m not the only one.)

A great example of this rampant abuse is the Twitter hashtag #FF. But don’t be fooled. These tactics aren’t limited to Twitter. On Facebook, for example, there’s a phenomena called Fan Page Follow Parties (usually held on a Friday, and hosted by one particular biz page, these so-called parties ask you to post a link to your biz page in the comment thread with the unwritten rule that you’ll like everyone else’s page.) Sounds harmless enough, right? But the first time I attended one of these “events,” my eyes were opened. I’d posted a link to my Word Chef fan page and then proceeded to like only the pages that I felt were relevant to my interests. (I never automatically follow people just because.) I wound up getting private messages from several of the admins of those pages that I hadn’t liked — usually indignant reminders that they had liked my page and therefore deserved to have me like them back. And that if I didn’t, they would (gasp!) un-like me immediately. I felt like I was in High School. Reciprocity has been taken too dang far. Just because someone likes or follows you doesn’t mean you’re obligated to auto-like or follow them back. In fact, I think that doing things like that is a terrible waste of time and energy. And if you like people with the sole expectation that someone will like you back, you’re doing it all freakin’ wrong. That’s not how we create deep, meaningful relationships. (Just sayin.) Did you know that there are entire groups dedicated to falsely building up a Twitter fan base? And they use #FF as one of their strategies. Maybe you’ve seen something like this?

I wouldn’t touch these guys with a ten-foot pole. If you’re using social media to build quality relationships, you want to make people feel special, not one of a thousand other nameless accounts. And you definitely don’t want to lean on the Law of Reciprocity more than necessary. Otherwise, you could end up alienating the very people you’d like to know better. What do I mean? Consider these two scenarios: John wants to cozy up to a big name blogger (because everyone says we need to be friends with the Influencers) so he’s prescheduled a #FF tweet that looks like this:

John secretly hopes that those folks will respond with a thank you, but the truth of the matter is that they’re probably too busy to do that. They might see their name and appreciate the tweet once. But if John schedules this same tweet every week, those “Influencers” will just get annoyed with him. After all, doesn’t John have any other heroes? Surely there are more people in the world worthy of his attention? Here’s another way #FF can go sideways: Jane has a group of friends that she loves and adores and she tweets about them every Friday in the hopes that other folks will follow them. Her tweets usually look like this:

…and then that tweet gets re-tweeted by each of them in succession. This second scenario isn’t so much harmful as it is repetitive and out of context for most of us. It seems there’s an unspoken agreement that if you’re included in a #FF shoutout, you should RT (retweet) everyone listed there with a TY (thank you) to the original tweeter. Harmless perhaps, but what real value is there beyond making those friends feel good? When I see these kinds of tweets, it means nothing to me. It’s just a bunch of noise. (Lord knows we’ve got enough of that to go around!)

Why People Really Do It

I have a few folks I’m connected to on Twitter who generously include me in their #FF tweets nearly every week. I’ve never met them in person, but we’ve interacted enough online that I don’t think of them as strangers by any means. (But I did find it curious that they’d keep including me in a shout out. After all, I’m really NOT that special. *wink, wink*) So when I decided to write this post, I reached out to them and asked them all some questions about why and what they hope to get out of it. This is what they told me: 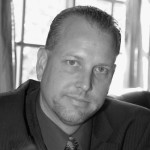 1. How long have you been doing this? I’ve been giving #FollowFriday and #MarketerMonday recommendations, on both my personal (@keithrpillow) and business (@CaddyMarketing) Twitter accounts, for over 3 ½ years now.

2. Why (honestly) do you do it? I engage in this practice for several definitive reasons. First, I like to give recognition to those Twitter users whose content I find valuable and informative, and who regularly retweet my content and mention me. Secondly, and most importantly, I feel it builds goodwill and positive rapport with high-quality Twitter users, and leads to more meaningful engagement and interaction with those professionals. As a social media strategist, and as part of my marketing consulting practice, I am more interested in building a robust following of QUALITY individuals, as opposed to simply generating large volumes of non-descript followers. In the end, as with most things in life, it’s about quality….not quantity. And it’s much better to give than to receive, so I don’t necessarily do any of this with any expectation of their returning the favor (although if they do, I am grateful and appreciative of that).

3. What benefits do you see from it? Beyond increases in followers, the most significant benefits are the incredible relationships I have established with highly-talented, well-respected professionals throughout the world, including yourself. Through those relationships, which unfold and are cultivated over long periods of time (not overnight), I have generated rock-solid leads, secured several new client engagements, and added dozens of awesome contacts to my Rolodex. Above all that, we have fun together! We share great content which we incorporate into our respective businesses. We joke around, have humorous dialogues back and forth, and introduce each other to other colleagues who can benefit from their individual areas of expertise.

4. How do you select the people you list? I select the individuals to highlight based on several criteria: 1.) Users I have solid relationships with, and share useful and informative content; 2.) Individuals I simply like, admire, and respect, for any number of reasons (e.g., strong character; own successful marketing businesses or companies in other industries; well educated and articulate; they like and respect me; the high quality of their work and client engagements; or any combination of these); 3.) Legitimate subject matter experts that anyone in the profession should follow as a regular course of business; 4.) Quality new followers; 5.) Partners and clients with whom I regularly do business. 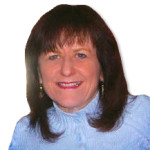 1. How long have you been doing this? I’m not really sure. I would guess 1 – 2 years. I started my own business in 2008, but did not use Twitter a lot in the beginning.

2. Why (honestly) do you do it? I put a twist on my #FF where I combine it with some other expression for the week. It could be a happy holidays or 1st day of spring or whatever. I rarely follow (no pun intended) convention and like to put my own stamp on things. It has become a fun, little tradition that helps me stay connected in our busy social media world.

3. What benefits do you see from it? My followers appreciate my unique spin on the traditional #FF and I like that I often hear back from some followers I haven’t heard from in awhile. It also introduces me to new people and brings a bit of fun to the close of the week.

4. How do you select the people you list? Basically, my lists are made up of people whose work I’ve admired. It could be a single post I came across or someone who I regularly follow. I also like to recognize those who represent the good side of social media — sharing and having fun. My ingrained guilt factor always asks, Who am I missing? I do it for fun and sharing with no expectations, which makes responses all the more rewarding.

1. How long have you been doing this? It’s been ever since I joined Twitter and learnt about #FF. Maybe 2-3 years!

2. Why (honestly) do you do it?
For me, it’s a great way to say ‘Hello!’ and catch up with those twitter friends who otherwise I don’t meet up during the week, nor visit their blogs. I guess it’s a nice way to remain connected and build relationships if things work out.

3. What benefits do you see from it? Nothing much. I really don’t do it for any benefit. In fact it takes me time sending out these #FF tweets, but doing so 2-3 times a month to reach out and connect with our followers is worthwhile for me. And yes, those who like the idea also join up. 4. How do you select the people you list?

That’s easy. I select all those who respond or reply back, and have them all listed up. Even the new followers and those who reciprocate are added to the list.

As you can see from their responses, #FF (for them) is used more as a way to say hello and keep in touch. They’re not expecting responses so when they do receive them, it’s like icing on the cake. But what if you’d like to get more mileage out of your #FF tweets?

Here are a few tips:

1. Pick just one person you’d like to highlight and send out a tweet about WHY we should follow them. What’s the context? What’s their superpower? Tell us that. But make it relevant to you and your branding. Is humor your thing? Then you might have sent something like this:

One of my tribe members offered up this tweet (which I favorited as a tweetstimonial):

2. If you do group your #FF suggestions together, be sure that all the names fall into the same category or reason — and then let us know what that reason is. Again, make it relevant to you and your branding. Are you a marketing geek? Then maybe instead of #FF, you want to offer up a #MM:

3. If you’ve got a long list of favorites, consider making a public list of them and then sharing the link to that. I’ve got a public Twitter list of must-read authors that I recently shared:

I know it not’s #FollowFriday, but this is a great list of must-read authors for small biz folks: twitter.com/TeaSilvestre/m… — Tea Silvestre (@TeaSilvestre) January 9, 2013

What about you? Do you love or hate these kinds of social media tactics? Do you participate? Share your experience in the comments below.