The Downton Abbey Guide to Building a Passionate Tribe 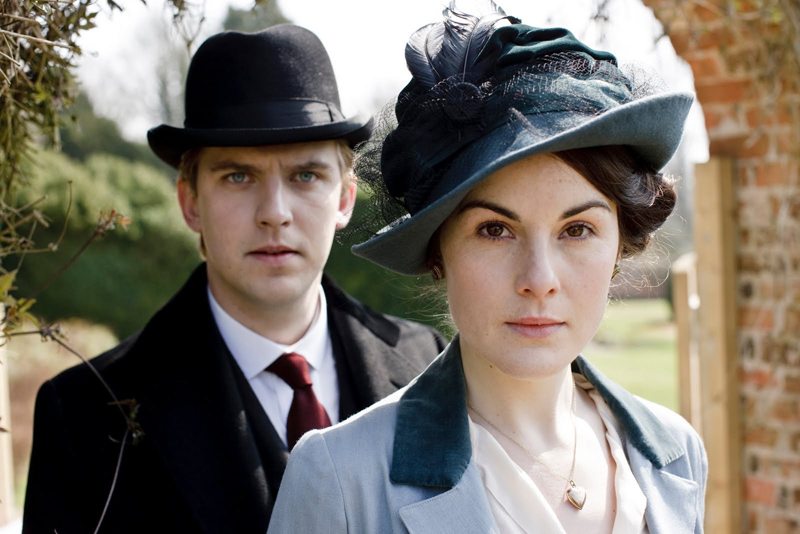 You may not know Lady Gaga from Lady Grantham. Yet.

But the odds are good that you do.

Why? Because Downton Abbey is one of the most popular British sensations to hit the US (and the world) since…well, The Beatles.

And it’s not just because the characters have funny accents. (Although that helps.)

It’s because we’re addicted to drama. To the push-pull of something that we can both root for and despise at the same time.

We follow the lives of the rich and famous because we find them exciting. What they wear. Where they live. Who they’re sleeping with.

It’s a fantasy world that fascinates nearly all of us. Even if we say otherwise.

On the flip side, are the lives of those at the bottom rung. The underdogs. The blue-collar folks.

Those who manage to enjoy life despite their lack of options. Who accept what they’ve been given and then make it better. Those are heroes we love to love.

And if you love drama (especially in a period costume), you most definitely love Downton Abbey. The PBS British TV series — Julian Fellowes’ record-breaking show that gives us a peek into the aristocratic order of the early 20th century — shares an equal amount of time on the emotional highs and lows of life upstairs (with the privileged) and downstairs (with the help).

Over its first two seasons, the show attracted a Guinness World Record of obsessed fans. And on Superbowl Sunday, it was second place to the big game in its time slot, with 4 million viewers.

Hardcore Downton followers (or “Downtonites”) track the moves of their favorite characters with a devotion similar to those of Trekkies, buying period costumes and holding Downton-themed gatherings complete with tea and scones to watch the next episode.

What is Downton’s recipe for creating delirious fans? And how can you use Downton’s techniques to create content that turns apathetic readers into a cult-like tribe of your own? Here are a few ideas …

Stick by Your Customers, Readers and Prospects

Everyone living at Downton Abbey — whether upstairs or down — sees themselves as part of one family. And that family sticks together — even through scandals.

When a Turkish visitor dies in Lady Mary’s bed (naked!), her mother doesn’t hesitate to help carry the body back to it’s proper room so it can be discovered “naturally” by one of the servants.

What was he doing there? Doesn’t matter.

Mary’s reputation and future are at stake. And by extension, so are the family’s.

But blood isn’t the only definition of family at Downton. Lord Grantham makes sure that the cook gets the eye surgery she needs (but can’t afford) and doesn’t hesitate to pay off the butler’s blackmailer.

Those downstairs are just as loyal to the idea of family. They conspire to keep their employers’ secrets and nurse them through the dangers of the Spanish flu — even at the risk of their own lives.

When someone is more concerned for themselves than for the family? They get the boot. Like Thomas who eventually finds his own way out, and then longs to return when he feels the loss of tribal security that comes with being part of the Grantham household.

The lesson? Support your tribe. Help them out when they get in a jam.

Be generous with your expertise, time and empathy. Treat people like family.

And don’t be afraid to ask them for their help on the occasions when you really need it. We humans love to help each other when we can.

Let your customers in on a few of your ups and downs so they can get behind you and lend a helping hand.

Show them your challenges from time to time — whether it’s the learning curve of a new plugin, or how you handled that customer who left town without paying your bill.

When you reveal your human side, you customers can empathize and identify with you, and you build ties that bind you together tighter than those of some families.

Yes, the props at Downton are pretty dang cool. But without the quality performance of the actors, Downton Abbey would be just another period piece.

Nobody over acts. Even when the drama is high.

The dialogue is pithy and witty, but understated. There’s an equal balance of silly and serious.

In short, the ensemble (from the writers to the actors to everyone in between) focuses on doing their absolute best. They focus on the details.

Downton also has a specific language and culture — something every tribe needs in order to understand itself. The communication styles of the various characters allow us to identify where they fit in the aristocratic continuum.

Lady Violet’s one-liners, for instance, are some of the best parts of the show, and provide us with more than just comedic relief — they show us who she is and how she experiences her world.

And Mrs. Patmore, the cook uses language in a way that shows us not just her station, but her personality, too.

Want to be like Downton? Create your own world through a specific language or style of communication. Allow your customers to experience a three-dimensional place — especially if your business functions strictly online.

Utilize a theme and pay attention to every detail. Create an atmosphere that is excellently yours.

In other words, take your branding efforts deeper than just a “cool” logo and tagline. Carry it further with branded images, product names, and perhaps even a mascot with its own voice and motivations.

Everything should fit together like an elbow-length glove. We all love to experience new worlds and adventures.

Your business (or website) will keep people coming back for more, if you make it something your visitors can truly experience. And if that means breaking out the tea and scones, then you know what you need to do.

Don’t Be Afraid to Break the Rules

One of the main characters on Downton is the Countess Cora Crawley, played by actor Elizabeth McGovern. Cora is an American, which means she’s got some wiggle room when it comes to following the rules of British Society. But she’s not the only one who does.

The other characters all find their own way to break the rules when it really matters — damn the consequences. This, too, is part of the show’s appeal. When someone takes a stand — whether it’s Cora taking back control of the Abbey (from Lady Isabel), or Sybil telling her father she plans to marry a (gasp!) journalist, or even Gwen who longs for a career as a secretary, not a housemaid — we all sit up and cheer.

The lesson? Don’t be afraid to speak out on something a little (or a lot) controversial. If your tribe or your business is threatened, say something. And if your heart (and your research) tells you that your customers would be happier with a totally different product or service, then listen.

It takes courage to zag when you’re expected to zig. Especially in full view of the public. But taking that risk just might be the thing that gets your audience to engage with you a deeper level.

Connecting online via social media has been credited as the source of Downton’s transition from cult status to mainstream mania. How? According to Olivia Wong, one of the show’s major executives, they approached their social media strategy from the viewpoint of a fan:

“What to do in the period between Season 1 and Season 2? At the end of Season 1, we wanted to maintain interest/visibility through February 2012, and devised content and activities to “bridge the gap.” From behind-the-scenes looks at the filming of Season 2, cast/crew video Q&A’s, through live tweeting from the Emmy Awards…we were providing numerous opportunities for fans to satiate their hunger for all things Downton.”

Your business also has seasons. We usually call these “campaigns,” “product launches” or other messages that center around a particular business goal. In between those campaigns, help your audience stay interested with behind-the-scenes recaps, sneak-peeks, interviews with experts or participants, and other activities that keep them involved. And encourage your tribe to add to the conversation, too. Downtonites are so fanatic, they don’t wait for PBS to dole out the goodies:

How do you encourage this type of behavior in your tribe? Get the ball rolling by:

The options are limited only by your time and bandwidth.

Give Your Tribe Choices

PBS has shown America that you don’t need hefty budgets and major media spends to captivate viewers with great content. Downton mania is fueled by several sources, not the least of which is their website with regularly updated content, including full video replays, interviews with actors as well as the chance to chat online with the actors, vote for your favorite character and even download the Crawley family tree. PBS doesn’t sit back and wait for user-generated content to just happen. They’ve put a variety of channels in place for fans to connect, including:

All this social media means that fans can interact with the show’s makers and each other, feeding the need for supplemental content beyond just watching at home. Are you connecting with your tribe via the channels they want to use? Do you give them news, interviews, and fun behind-the-scenes previews of what you’re up to next? If you’re not, you’re missing a fantastic opportunity to turn your regular customers into addicted fans.

Ready to break a leg?

It might only be sixty minutes of glamor and drama, but during that time, Downton Abbey manages to capture your attention, make you feel like part of the family and hook you into wanting more. They give us a three-dimensional look at the lives and morals of both the working class and those they serve — showing us characters that are complex, conflicted and totally human.

The makers of Downton Abbey create passionate fans because they pour their own passion into the creative process.

So whether you’re on Team Mary or Team Lavinia, there are some pretty unique ingredients in the Downton Abbey recipe that can help you transform your business into an organization that people follow with fanatical loyalty.

Best way to begin? Claim your spot on the stage, give it your all and definitely, Break a leg!