Am I Doing My Marketing Right? 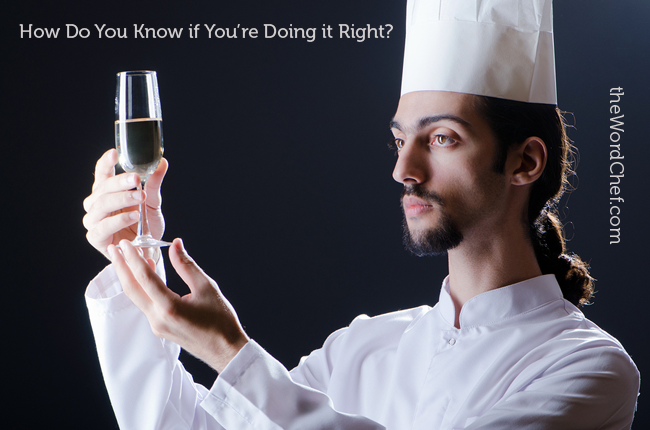 It’s an online class for solopreneurs to learn the ins and outs of marketing themselves in the digital world. The twist? It’s structured like a reality TV competition. This particular experiment is meant to measure whether or not gamification — especially in a public venue — will hurt or hinder a student’s ability to learn and stay accountable to the program.

As I write this, we’ve just started our 8th week. And even though I promised that our “reality show” would not include the sordid melodrama so common to the television world, our little program has not been without its bumps and bruises. To date, five of the original 15 “contestants” are no longer with us. They left of their own accord for various reasons — mostly to do with conflicting priorities of time and energy.

Those that are left? They’re feeling the crunch. Like most solo entrepreneurs, they’re already wearing all the hats and trying to have a personal life. Oh – and yes, in most cases even working another job.

They’re not prone to slacking one iota. As my co-host Nick says, “These are some bad-ass business owners.”

So I have every confidence that they can pull these “missions” off. But what we’re bumping up against time and again is a particular mindset that has them questioning whether or not they’re “doing it right.”

See, each week we judge their work. It’s scored against a rubric that outlines four key areas: Creativity & Innovation; Completeness; Appropriateness to Target Market; and Presentation. We award them a score in each area based on a scale of 1 to 5 (with 5 being best).

Many weeks, the winning project only eeks ahead of the others by one point or less. So there’s not a lot of disparity between great projects and the best project.

But when you don’t win, does that really mean you did it wrong?

Of course not. Just like the human spectrum of sexuality, marketing has a lot of gray areas (many more than fifty!). 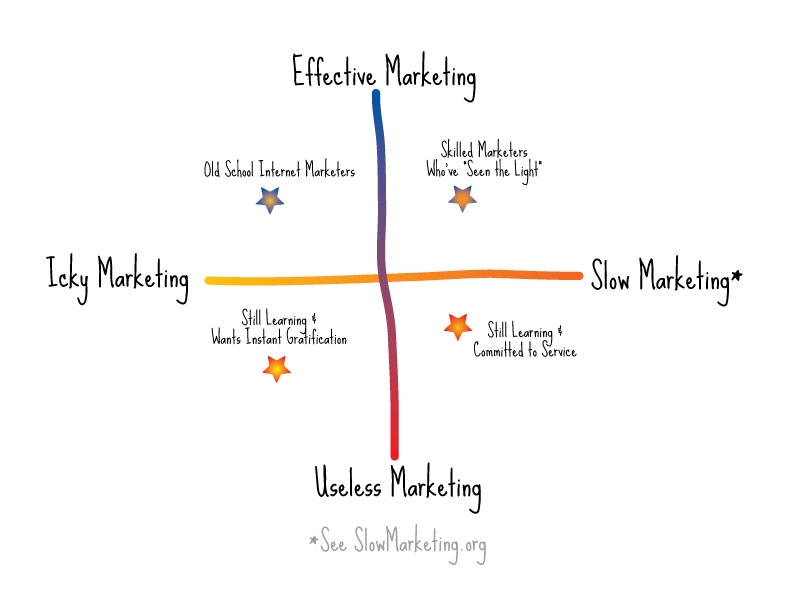 There’s really no particular point on this scale that we can point to and say, “When you get here, you’re golden.”

The tipping point is different for everyone. Which is why you can’t just follow directions, connect the dots or paint by numbers.

Some of this must come from you putting yourself out there, experimenting with new ideas, and having conversations with real people. And while it would be a lot easier to know ahead of time the exact instructions to follow (give me a template! a roadmap! a recipe!), it’s not my style to teach, coach or mentor with that approach.

Yes, I know this frustrates the heck out of our contestants who want to know exactly how to please the judges. But that’s not how the real world works. It responds to your marketing in varying degrees of yes, please or no, thank you based on a multitude of factors we can’t predict with much accuracy. Factors that have to do with where you’re coming from, how ready your prospect is to purchase what you’re offering, and whether or not everybody’s blood sugar is where it should be. (Oh, there’s more, but let’s keep it simple for now,’kay?)

The only thing in your control is YOU.

And just because you didn’t do your marketing a particular way, doesn’t necessarily make it wrong. It could be wrong for some people. It might be wrong for many people. But as long as it’s “just right” for your people, you’re going to the hit the mark more often than not.

Tho, it’s not an either/or proposition. The purpose of all the feedback and the scoring and competition is to learn-by-doing and then to improve on what you know — over and over and…well, you get the idea.

Perfectionism is not your friend.

Awards and popularity contestants are also not real expressions of your true value.

Deep down, we all know that. But sometimes it’s easy to get caught up in the voting, the judging and the awards because they feel like real validation.

The truth is, I structured the program this way to push the envelope of keeping people accountable. Not so we could point to one person at the end and say, “This is how you freakin’ do your marketing!” Our particular game/contest is merely meant to fuel your desire to improve your skills, knowledge and relationships. Outside approval and validation only comes down to this question: are your right people buying enough of your thing so that you can pay your bills?

If they are, you’re doing a whole lot of your marketing right. Congratulations! You’re on the right track.

If they aren’t (or, they’re not buying enough), then there’s obviously room for improvement. So seek out the advice of someone who’s further along on the same path you’d like to travel and ask them for their honest opinion. Then — toughen up!

Yes, your business is your baby. But you’ve got to take your ego out of this and listen.

Take what they way with a grain of a salt, say thank you and then decide whether or not to use any of it. Their feedback is not a reflection on you as a person. It’s a reflection of them. And if the feedback is hard to hear, stow it away for 24 hours and come back to it when you’re ready to be objective and see if anything they said makes any sense.

Criticism — whether given constructively or not — doesn’t make you bad, wrong, stupid, dumb, or any other pejorative label you’ve heard from your inner critic. It’s just information you can choose to use or toss as you see fit.

Have you ever had anyone give you feedback on your marketing that felt like a body slam? How did you deal with it? Share your thoughts in a comment below.